Lord of the Flies

This is a discussion forum for the Lord of the Flies for Ms. Nguyen's 9th grade classes.

Prompt for Chapter 12 of Lord of the Flies
Due: Friday, April 15th

Many critics of Lord of the Flies have interpreted the events that happen on the island to be a microcosm of the actual world. Please answer the following questions:

1. What is a microcosm?
2. In what ways do you see the island (from the society that the boys have created, to the events that happen, to the way the boys interact with each other, etc.) as a microcosm of our real world? Really think through all the aspects of this story and try to interpret this story in as many ways possible.
3. Do you think that this interpretation is accurate? In other words, do you think the things that happen on the island are true to what you see happen in real life? If yes, why? If not, why not? Don’t forget to think about the symbols and themes, and not just what literally happened!

As usual, don’t forget to use quotes and examples from the text and please reply to one another! If you’re looking for the best grade, be specific and show that you are thinking critically about the novel!

1. A microcosm is a small part of a whole thing
2. The island is a microcosm because when the boys are stranded on the island, they see it as their new life and have to adapt to new ways of doing things that may be different than what they were used to doing back home. In their old life, they weren't killing other people, hunting for sport, or choosing sides, but they have to do some of these things in order to survive. They see it as their own little world, but everyone else is living their own lives and doesn't know about them.
3. I think the interpretation is true because when people are put into situations where there has to be power, most people would fight to be leader, such as Jack and Ralph did. Young boys would also probably side with the person they thought was better to rule, which happened in the book when Jack and Ralph split into 2 groups. Hunting was definitely necessary because the boys needed food to eat so they wouldn't starve. And I think killing would also happen in real life too. It's not a good thing but if you put a group of people together, they would most likely fight which would lead to some violent disagreements.

1. A Microcosm is something with miniature characteristics and qualities.
2. I agree with icantthinkofausername that the island is a microcosm. The boys on the island do not think of the island as their home. the boys would not have to kill, fight, choose sides or hunt for sport back home. The boys are so caught up in this fantasy that I don't even think that they realize who they are and who they have become.
3. I think that the interpretation of the book is true and not true. I think it is true because it is possible to become somebody your not and start killing people, but I don't think it is possible because of the Lord Of The Flies aspect and the beast. Throughout the first few chapters Jack and Ralph have to fight for leadership and become competitive towards one another. As the book continues they are still arguing over hunting and who deserves to be leader, eventually the two split which is possible and likely to happen. The interpretation is not true because of the beast. The beast could not happen and convince that many people. In chapters 5 and 6 the boys are in chaos because of this idea of a beast living on the island. The beast symbolizes fear on the island, but does really symbolize anything in our real lives.

1. Microcosm is a community with miniature characteristics, qualities and features of something bigger.
2. I think that the island is a microcosm because the boys have to adapt to this new environment. They have to adjust their lifestyles and their everyday routines in order to survive on this island that they have arrived on. The things they will need to do while they are on this island are much different than things they did back home. It’s almost as their in their own small little world and they have to figure out everything by themselves and work with the conditions and environment that they have. It’s a smaller picture of situations in the real world.
3. I think it is accurate sometimes but other times I don’t think it is very accurate. There will times in your life that you will have to fight, not literally, for positions, spots and leadership, just as Jack and Ralph did. There will be people who you thought had your back, but then turn against you; which is what a lot of the older boys did to Ralph when they joined Jack’s tribe. They are time in life where you need to do things alone and figure things about by yourself. You wont always have guidance in everything you do, which is represented well in the book, as the boys need to learn how to adapt after their plane crashes on an island. But again the beast and the Lord of the Flies are things that would never be in real life. The story also has some little parts that wouldn’t be as obvious and realistic in a real world situation.

i agree with Guido: the beast although symbolizes fear in the boys. in the real world, some other symbol or things could symbolize fear, and it just doesn't have to only be "a beast"

1. Microcosm is based of a small object/ thing that represents a larger object/thing
2. In The Lord of The flies the island is the smaller part or object and the world is the bigger part. At the island the boys have to learn how to adapt and survive on their own, while the world has everyone else to help them including adults! At the island the boys don't get along so well. Ralph and Jack fight creating anarchy, the conch shell goes out of use and two deaths of their own happen. In the world their is still anarchy, they are both very much alike. Both of them go into war (Ralph and Jack fighting), death does happen too. We both have leadership. In the U.S. We have president Barack Obama, but on the island they can't decide whether to pick jack or Ralph as their leader causing many fights. In the beginning of the book Ralph is chosen leader but by the end of the book Jack has most of the boys in "his tribe". That is why Microcosm is in this book and in our daily lives.

1. Microcosm is a small rep. of something bigger
2. There is order on the island like there is in real life. In the island, the older and wiser kids become leader. Jack and Ralph become leader because they have to because little kids look up to them. This compares to Donald Trump and Bernie. Donald Trump is like Jack as in ruthless and is more of the aggresive type but Bernie is like Raplh who thinks about stuff before he acts.
3. Yes because the same stuff that happens on the island happen in the world. Like order and democracy is the right thing to do but Dictatorship is also a root that works as in you have complete control of people and it works your way while democracy is everyone's voice which is the right thing to do but never always work.

1. Microcosm is when an object such as a place or event is seen as a smaller version of something much larger.
2. The island represents a microcosm of our real world in many ways. One way would be how in the book, Jack and Ralph were voted to be who would be a leader, but later on Jack goes on a rebellion to being a savage and gets people to join with him. And I agree with 43 Turkey Today about how this is example of it representing Jack as Donald Trump and Ralph as Bernie. Since Jack's way is seem more savage like and way too out of hand just like Trump, and how Jack gets the boys to join him since they think it is more fun and get to avoid responsibilities. Ralph is similar to Bernie since he tries to be logical with how he might lead the boys and thinking of ways to have them all survive. For example, by the end of the book things have changed and Jack has completely resorted to hunting and being reckless about his actions, "This was a savage whose image refused to blend with that ancient picture of a boy in shorts and shirt." (183)
3. The things that happened on the island are true to real life events since the boys had to build themselves a civilization in order to keep themselves organized but that did not work out as planned. Yet that was a result of Jack's rebellion and how he wanted to be corrupt and savage like versus Ralph's attempt to being civilized while still on the island. Symbolically, we see how something civil could next be so corrupt if someone were to march in and rule aslong as a good amount of people once supported them and turn them away from what is suppose to be positive and the main goal of humanity. 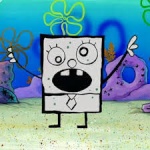 1. Microcosm is a small representative having analogies system in real world.
2. I think what the boys act in the island is a microcosm. The boys would need to hunt and build the hut to survived. Also, they would need to choose a leader to set up some rules to the boys. The beast is also the microcosm.
3. I think the interpretation is accurate and I think the things that happen in the island are true to what I see in the real world. People need to do something to be survive and as the fear get more bigger and bigger, it will become bad image inside our mind.